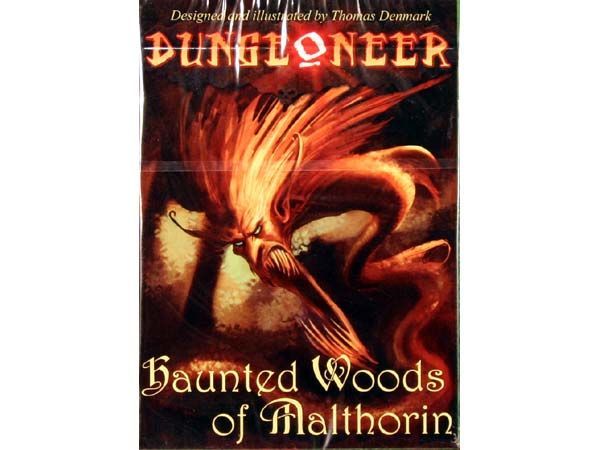 From the Atlas Press release: Dungeoneer: Haunted Woods of Malthorin The betrothed of an elven prince was brutally slain on the day of their wedding. The mad bridegroom now uses his powerful magic to turn his forest realm into a horrific haunted nightmare. Do you have the courage to bring peace to these cursed woods? Haunted Woods of Malthorin is a two-player Dungeoneer card game. Your character explores a wilderness that you build with map cards, while fighting monsters, completing quests, and leveling up along the way. Each Dungeoneer set can be played as a stand-alone card game, or combined with other decks for more dungeon-delving fun. Haunted Woods of Malthorin features 55 new Dungeoneer cards, including wilderness terrain maps, special weather cards, and three new heroes for your Dungeoneer game: Elf Archer, Human Druid, and Centaur Ranger. Part of the Dungeoneer Series.