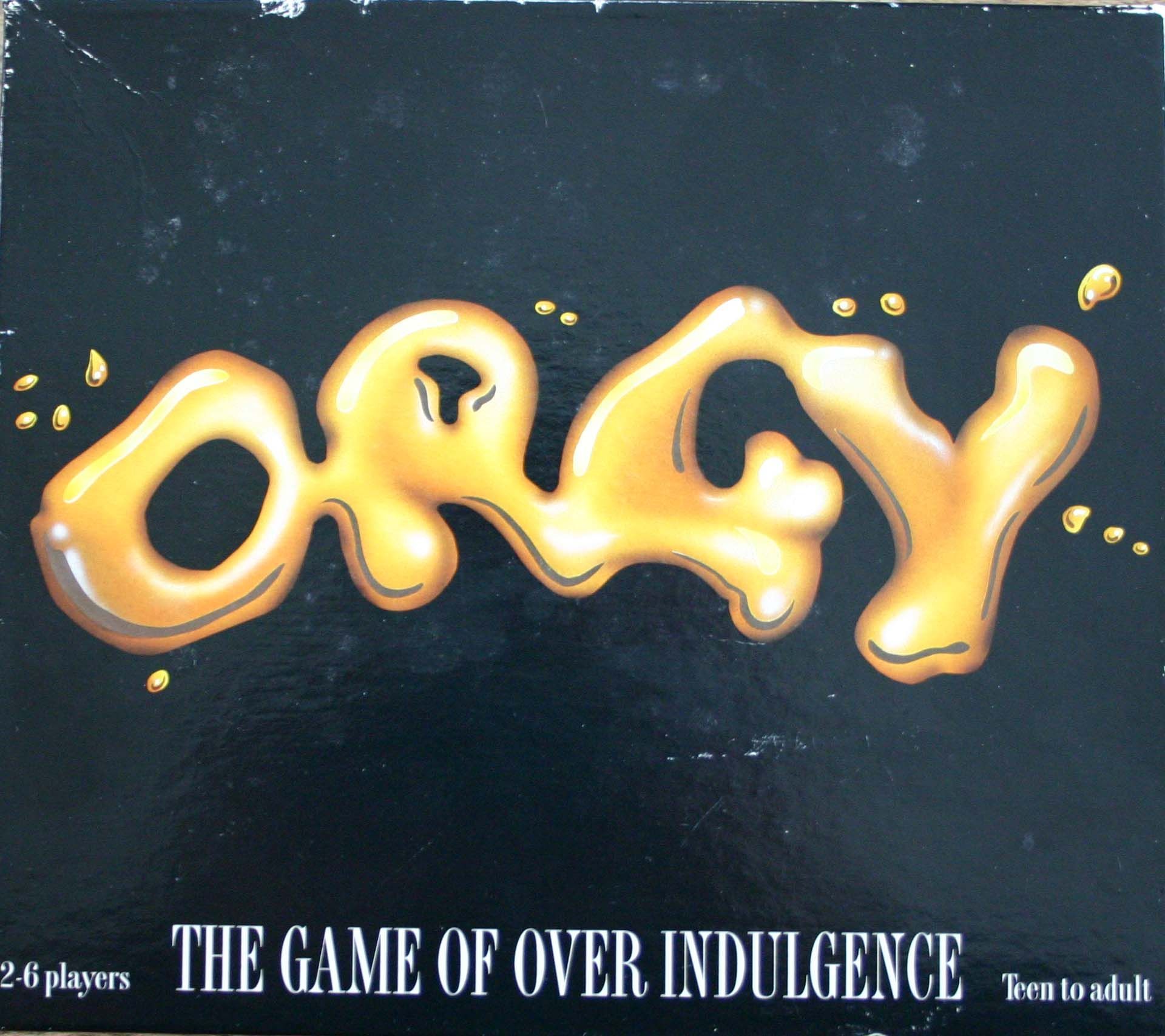 Each player is a Roman noble trying to attain the position of Consul, and enjoying themselves as much as possible along the way. To win, the noble must gain sufficient wealth -at least 150,000 sesterces, 6 slaves, 1 villa and 1 chariot- only then can the noble travel up the "Consul Route" (on the board) to claim the Consul's laurel crown (Hosts may like to provide one)- by throwing a six on one dice. Listed as 2-6 players in the Second edition, the First edition featured at least eight player tokens. From the rules: In the game of Orgy, players take the part of wealthy Roman nobles living in the heyday of the Roman Empire. These nobles would compete for the powerful and prestigious title of Consul. However, pampered by slaves, often intemperate and gluttonous, they enjoyed a hedonistic life-style and plentiful supplies of rich provender that were the spoils of conquest. Players are encouraged to enter into the spirit of the game - Roman dinners could be anything from a frugal meal to a riotous party. Players move around the board as a result of dice rolls and following the instructions on the square on which the piece stops.Players aim to become the Consul by gaining wealth, 6 slaves, 1 villa and 1 chariot before moving up "The Consul Route".