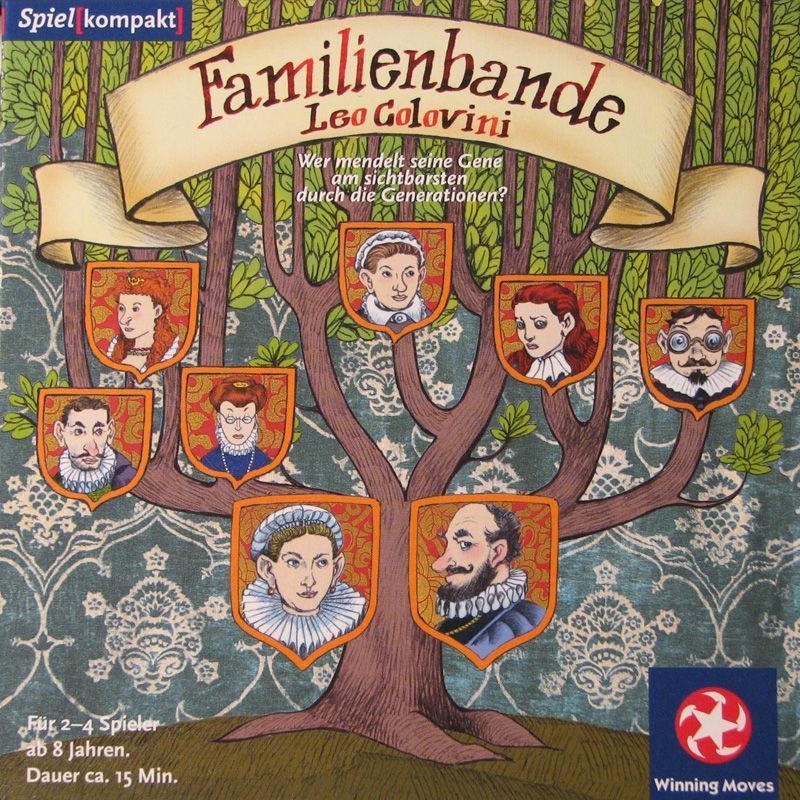 Here is a description of the game from Spielbox: Familienbande is the third game in Winning Moves’ new “Compact Game” series, and is by Leo Colovini. It’s a fast and funny board game that deals with the dynastic succession of royal families. Brides are chosen, heirs are born. Unmistakable traits such as large noses, red hair or cauliflower ears are depicted on the humorously-illustrated cards; these traits must be used to score points and be combined in engagements and births. Incest? Shame on you for thinking of such a possibility! The game is for 2-4 players Ages 8 and up.