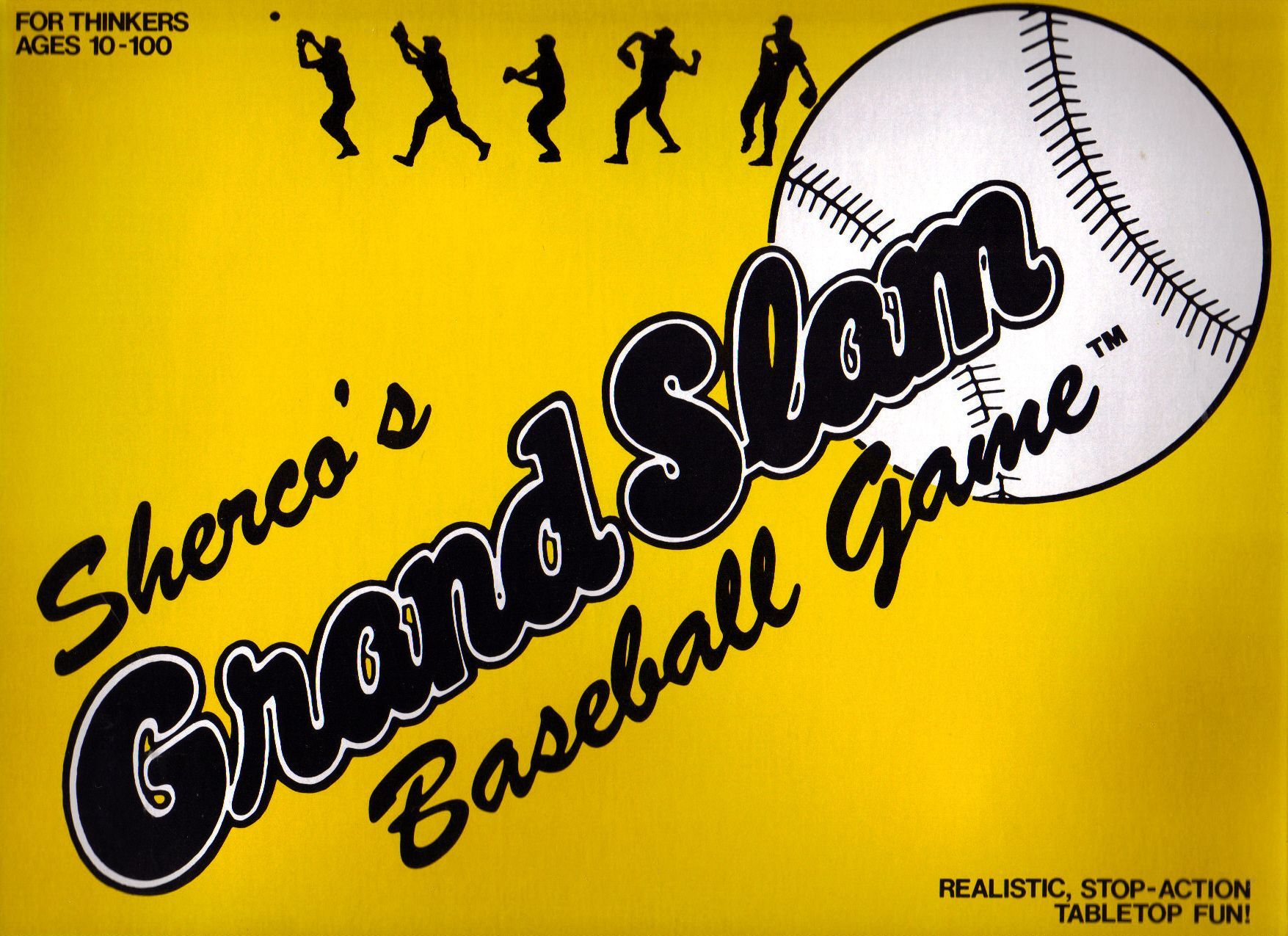 SherCo's GrandSlam Baseball Game is back in a new graphically-enhanced print and pdf downloadable format, including a new base-36 dice variant entitled SherCo Plus that can be used as a stand-alone game or as a "kit" to upgrade the original game that has been on the market for 50 years. First brought to market in 1968 (as SherCo II Baseball Simulation, and "the most fun to play!"), the game was brought back to market two years ago by its inventor, Dr. Steve LeShay, and is under license with Brien Martin of Hot Stove Games. It is being distributed by ASGgames. SherCo was the first of its kind to be played on a game board representing a composite stadium with a 28 x 28 numbered square grid. It also was the first to rate every player who played in at least one game in a season; and it was the first to provide its unique rating formulae so that customers could rate their own players and teams. Each player is rated for batting average, home runs, triples, clutch-hitting, walks, strike outs, hit by pitch, base stealing speed, throwing arm, and fielding range and average; and each pitcher is rated for his ERA, innings of effectiveness, number of complete games, K/BB ratio, and home runs allowed. In the SherCo Plus versions, pitcher ratings include batting average against ratings to further refine pitcher vs. batter control and the accuracy of statistical outcomes. All versions of SherCo GrandSlam Baseball (Plus and Classic) still have all of these unique features (including a wind factor; automatic umpire; artificial turf rules; injuries, hit and runs, special and freak events, and error charts; and playing pieces representing the ball, fielders, batter, and base runners so that you can position players exactly where you want them to play and watch every play unfold right before your eyes. There are also Fast Action Charts included with each season to get one-roll accurate results for games between other teams as you complete a season for your favorite team. The new SherCo Plus variant has expanded pitcher-batter-runner ratings and offers many more realistic play results per chart, including rarities such as catcher's interference. Each dice-activated result allows a patented "stop-action effect" to visually occur when a probable hit or probable out batted ball is plotted on a specific square on the stadium's playing field. As the runners advance, the fielder moves to the ball, fields it and throws to where you want the ball to go in a quick, seamless sequence of turns. A ball may drop in for a hit or become an out depending on where it is hit, the strength and direction of the wind, and where a defensive player is positioned. Depending on where you are playing, a long fly ball may be caught or go over the fence for a home run, or ricochet off the wall for a double or possible triple. We've even added an optional rule that measures the "hang time" of a fly ball to the outfield.(e.g., will it drop in or will the fielder have enough time to make a fantastic catch?). A solitaire or head-to-head game takes only 30-45 minutes to play, depending on the score. SherCo has also re-released its rules supplement for setting up SherCo Leagues of Baseball Simulation (a/k/a SLOBS) for short-season (e.g., 24-game) leagues that you can play with family and/or friends. Additionally, SherCo offers another set of rules for "Olde Tyme Base-ball" for those interested in playing 1870-1920 seasons. Historical and all modern day ball parks have been beautifully redone to include features such as the fountains at Kauffman Stadium, McCovey Cove at A&&T, Fenway's Green Monster, the fans swimming pool at Chase Field, and even the Big Apple Home Run display at Citi Field. Each year (on/about Jan. 1st) SherCo includes the most recently-completed big league season. Also available are many specialty sets of vintage old-time teams, famous world championship series, greatest also-rans, and entire early seasons rating every player who had at least one at bat or pitched to one batter.