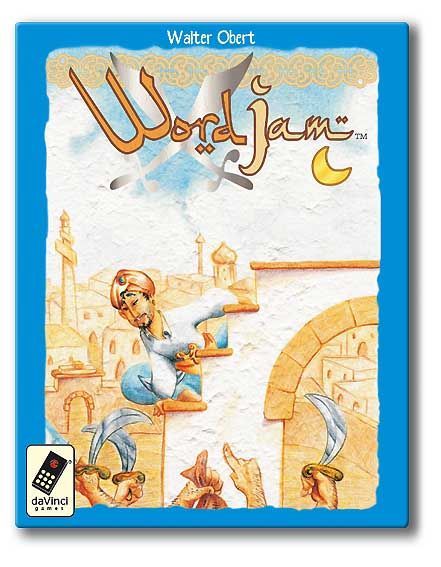 This card game consists of two decks: a deck of topics and a deck of consonants. Both decks are shuffled and five consonants are dealt. The first consonant may not be used by the players in their word but the other consonants may be used and are assigned values of one, two or three. The topic is read aloud and the players must think up a word that fits the topic and uses any or all of the permissible consonants but not the forbidden consonant. The first to think up a word announces it and totals its value. The other players then secretly decide whether anyone else can come up with a higher scoring word. Once the players have voted anyone who thinks a higher scoring can been generated has an additional twenty seconds (a sand timer is included) to announce that word. Points are scored based on who came up with the round's winning word and who voted correctly. The final round of the game has the players deciding which of two teams to join secretly. The player who comes up with the highest scoring word on each team scores the most points. The player with the most points at the end of the game is the winner.