Smugglers of the Galaxy - Universal Statistics 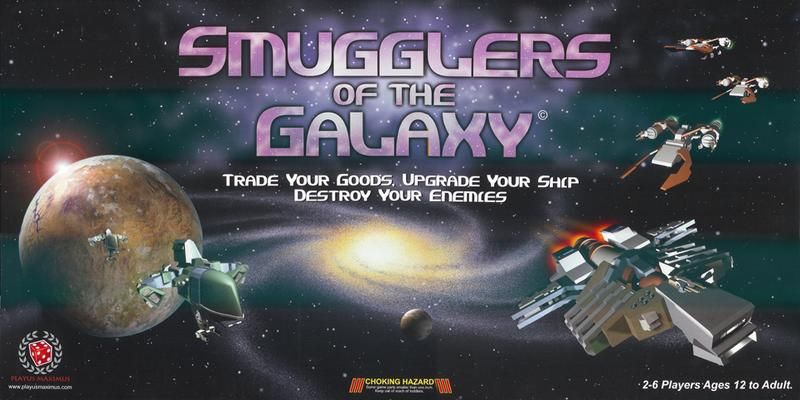 Dodging battlecruisers, escaping space monsters, and blasting bounty hunters are all in a day’s work for you, as captain of your own space freighter. Trade goods on the space lanes, work for crime lords, or engage in your own piracy—the big bucks are for those who can smuggle past orbital customs stations. Use your credits to upgrade your space freighter and find other special equipment. Freedom of movement and diversity of choice don't keep Smugglers of the Galaxy from being a simple and easy play. Some of the many options for players include: Space Trading, Smuggling, Piracy, Bounty Hunting, and Starship Upgrades. SPACE TRADING Every planet has different demands for Food, Robots, Weapons, Luxuries, and Medical Supplies. Buy low on one world and sell high on another. Expand your ship’s cargo capacity and upgrade your Lightspeed to make credits quick—but watch out for pirates on the space lanes. SMUGGLING Some goods are illegal on some worlds—but that means big bucks for those who can smuggle them past customs! Larger worlds generally have larger starports—which means better security but also better profits. Crime Bosses offer the biggest payoffs but you’ll regret it if you fail them. Find friends and technology that will help you smuggle because you don’t want to get caught with a shipload of illegal goods. PIRACY Become a space pirate yourself by arming your ship and blasting unsuspecting merchant ships (and other players) for their cargo. Be careful though—as your bounty stacks up, tougher bounty hunters will become interested in you. BOUNTY HUNTING So other players have bounties on their heads? Go after them and collect! But making powerful enemies in the galaxy may be your undoing. A good bounty hunter must know when and where to strike. UPGRADE YOUR SPACESHIP Whether peaceful merchant, shifty smuggler, or ruthless warrior—everyone could use a better ship. Upgrade your Lasers, Engines, Lightspeed, Shields, and Cargo Pods and keep your enemies off your back and increase your money-making potential. In addition to these standard upgrades, be on the lookout for unusual technology, such as cloaking devices, secret compartments, telepathic orbs, and more. FREE EXPANSION : Alpha Expansion Taken from the announcement : A free expansion called "Alpha Expansion" is available as a PDF download at dtstrain.com/smugglers. This expansion features custom character creation rules and additional optional rules which alter, improve, or add different aspects of the game. The expansion also includes an expanded strategy guide, solo-play rules, clarifications & errata, and a series printouts for improved spaceship sheets, character sheets, money, and more. RULES 2.0 AVAILABLE These new and improved rules are available as a free download from dtstrain.com/smugglers. See also Total rules on one sheet of paper. UPDATE Ownership of Smugglers of the Galaxy has passed from Playus Maximus to designer Daniel Strain, and is now available to individuals, merchants, and distributors at: dtstrain.com/smugglers