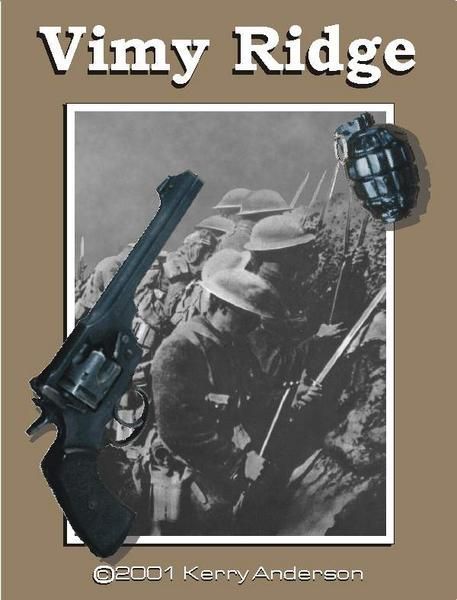 From the MDG website: At 5:30 AM, April 9, 1917, the artillery of British First Army unleashed the greatest barrage to that date. Half an hour later, 48,000 Canadian soldiers left their trenches to assault the impregnable Vimy Ridge. The French and the British had previously tried to capture the ridge but to no avail. On this battlefield the Canadians were to prove themselves. At 2:00 PM the Canadian troops held the ridge. Vimy Ridge is a simulation of the Canadian attack. The game covers the battle from the initial barrage to the final objectives reached by 1st Division. Vimy Ridge is the re-release of the game Vimy Ridge: 1917 formerly published by Pacific Rim. There are minimal changes in the rules but the graphics have been substantially changed.