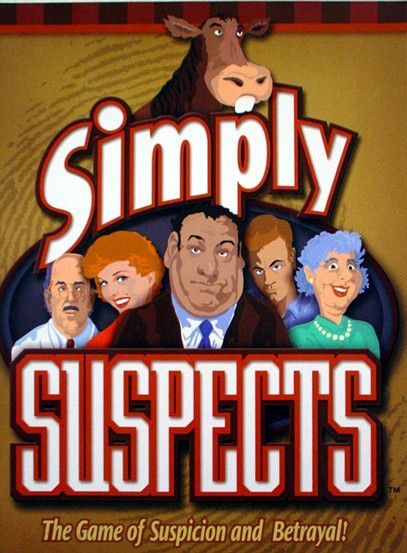 In society, whenever a crime has been committed, no matter how small, there is always evidence left behind. The evidence usually points to certain suspects. In this game, the players are all "simply suspects." What is unusual is that the suspects each have the opportunity to tamper with the evidence so that it points to other suspects. If the evidence points to you when you meet the Grand Jury, you are eliminated from the game. While moving the evidence around, players must also try to hide their own identity - so other players don’t figure out which suspect they are. If a player discovers another player’s identity, they may point the finger at that player and eliminate them from the game. Simply Suspects is a fast-action game of suspicion and finger pointing. Much like Spy Alley, Simply Suspects is deceptively simple yet surprisingly intense. The advantage that one player may appear to have can change with a single move. You are never sure which suspect will escape the Grand Jury and win the game.