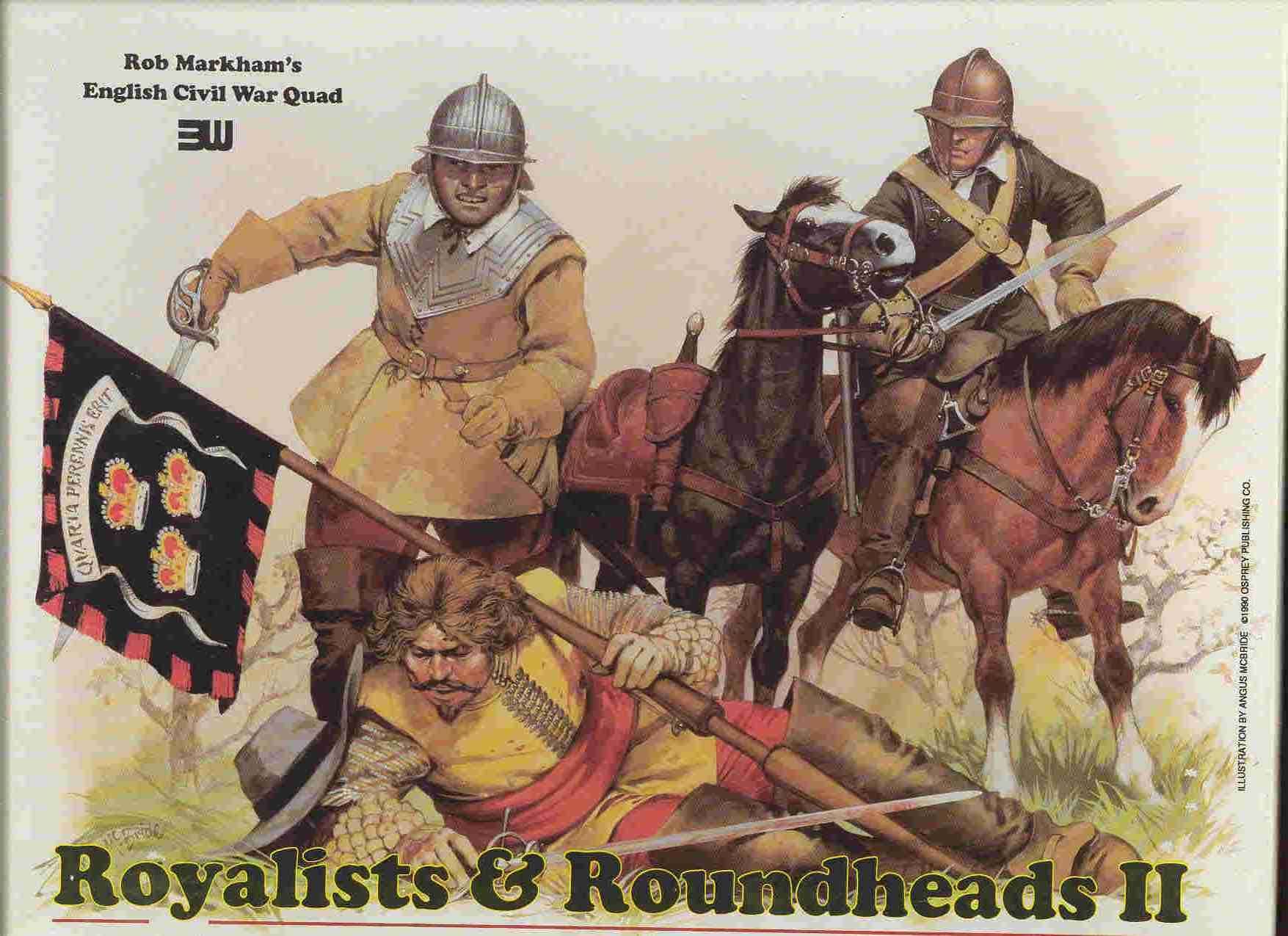 Volume 2 of Royalists and Roundheads contains four battles of English Civil War. These are the battles of Edgehill, Fyvie, Alford and Auldearn. The game features an innovative, easy to use command system, that recreates the problems of command in an elegant and simple way. Leaders are rated for command, initiative and combat. Weapons range from pikes, muskets and artillery to bows and lances. Each of the four games is complete in itself, and can be played in 30 minutes to three hours, with the ever-present possibility of one side or the other triggering an automatic victory. Components: One rules book Four 17" x 22" maps 300 die cut counters Charts and tables Six-sided die Solitaire suitability: very high