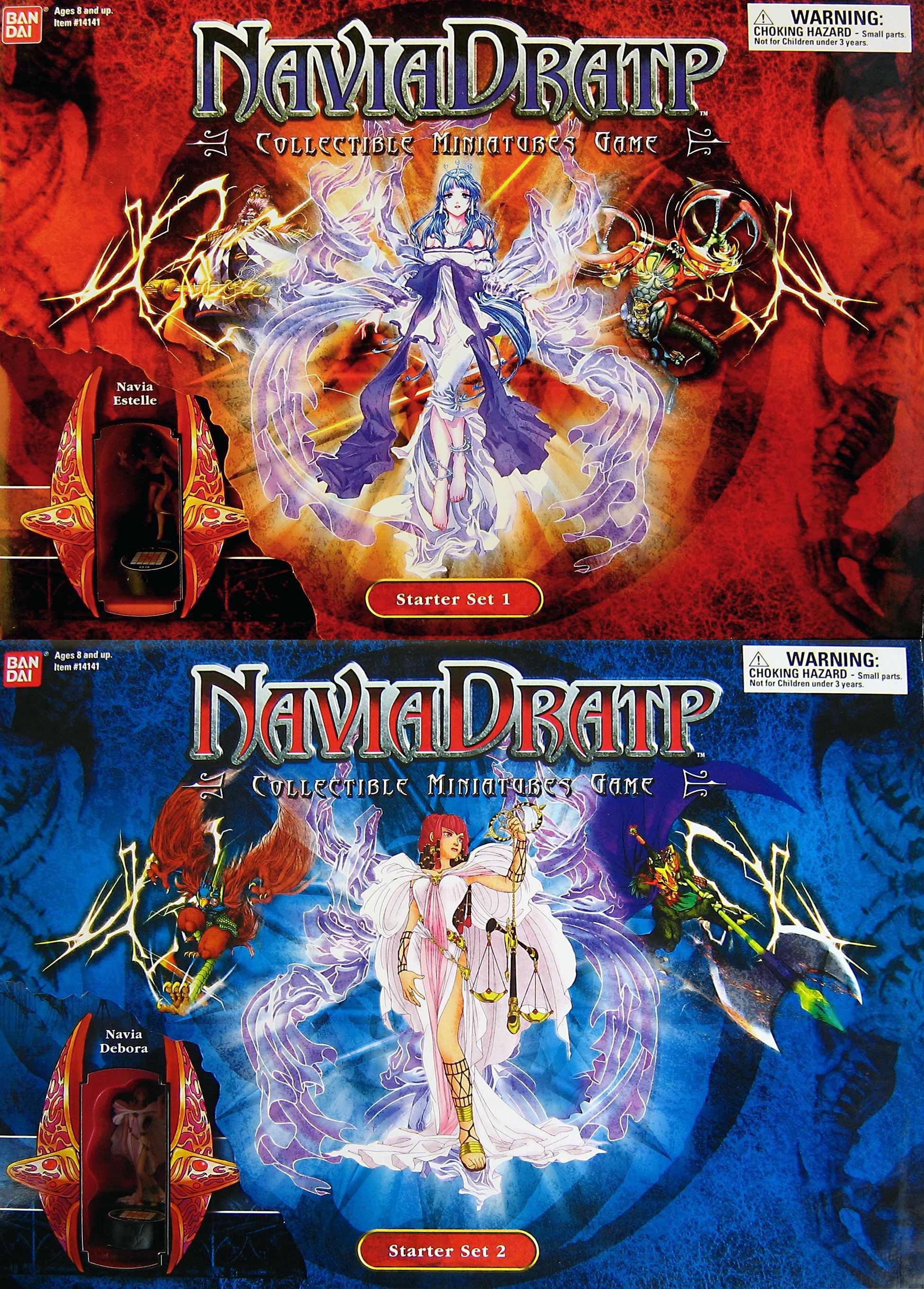 This chess-like game was inspired by Shogi and themed around an anime style. Players set up the two different starter armies consisting of seven holy warriors, seven power-harvesting pawns and two power-harvesting uber-pawns. Fourteen warriors came with the starters, fifteen from the first expansion, and fifteen from the final expansion. Instead of the initial fourteen warriors, players may chose to draft seven (per side) of these 44 warriors which are summoned onto the board one-at-a-time during play. They can be promoted to more powerful chess/shogi style movement using power crystals. Many of these warriors have special magic powers (e.g., teleportation, resurrection, obliteration) which can be turned on by spending crystals. One of the most exciting things about this chess/shogi variant is that there are multiple ways to win: • Creating a mating solution that forces surrender - Capturing the Navia (She's like the chess/shogi king) • Getting one's own Navia across and off the other side of the board • Economic victory by attaining enough power-crystals for your Navia to blast your opponent off the board.