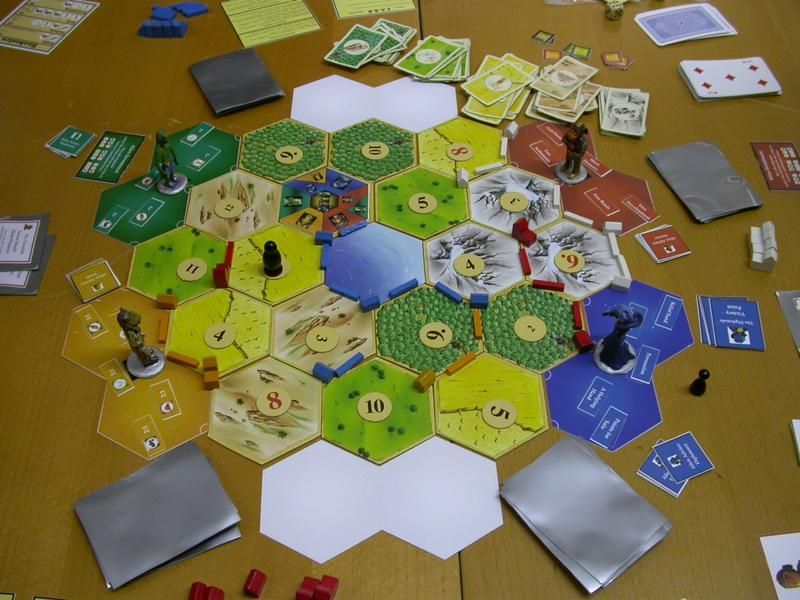 This game variant of Settlers of Catan is inspired by the universe created by Klaus Teuber in Starfarers of Catan. The game alters the original game in some important respects. Players need, however, only a copy of Settlers of Catan and some additional components that can be downloaded for free. Players are human settlers on the first "Catanian colony" in space, called New Catan. Apart from building settlements and cities, they must also forge friendly relations with alien races that have established outposts on the planet. If the players succeed, they are rewarded with valuable benefits that will help them succeed in the game. The planet is also cursed by space pirates disguised as a robber and an infiltrator. The game has several expansions (so called Modules) of its own. Belongs to the Catan Series. Expands: Catan