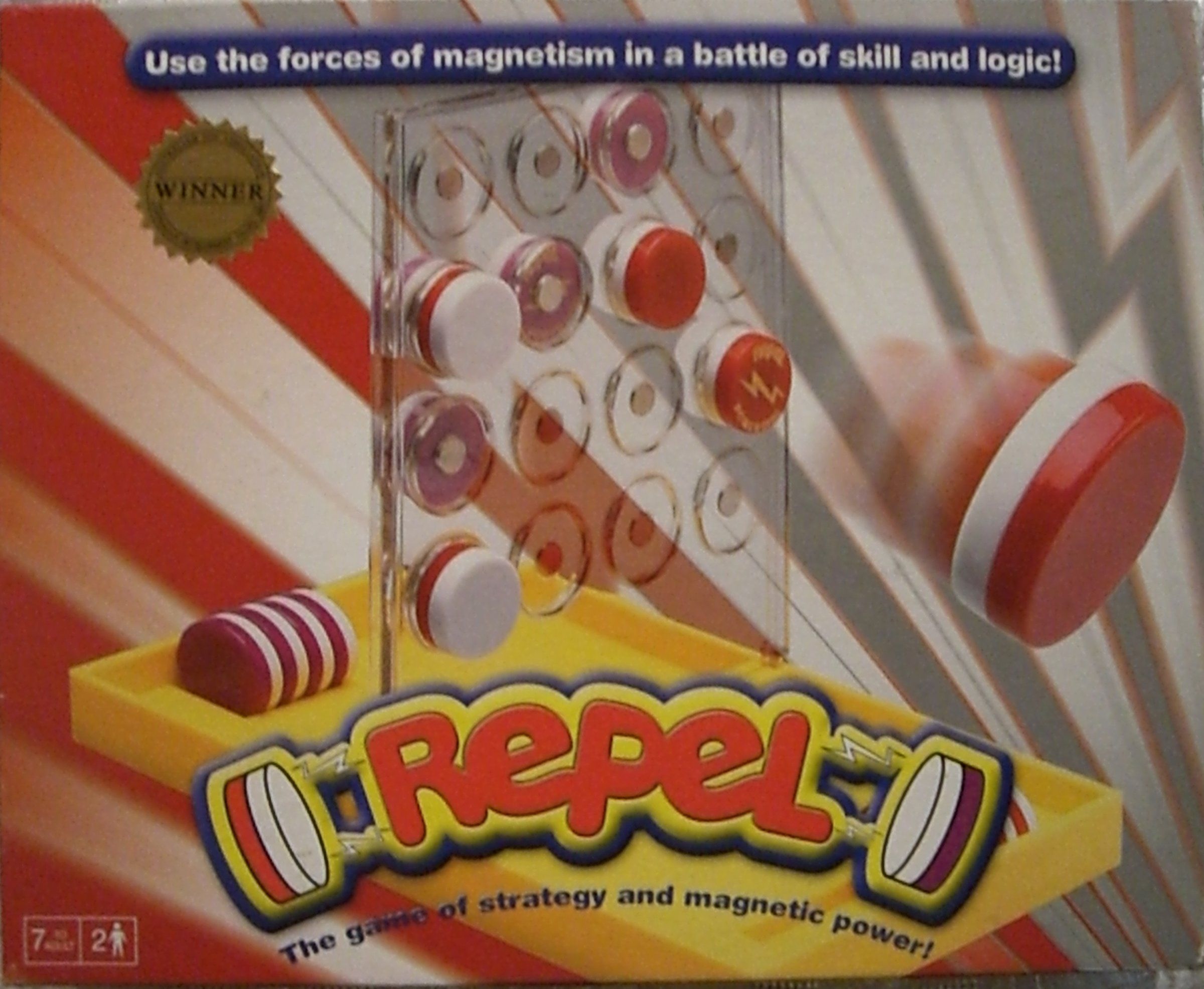 From the box: Repel is an intriguing new game played between two people on either side of a clear vertical board, using magnetized playing discs. Players quickly learn how to use the magnetic forces of attraction and repulsion to their advantage, as their magnetic discs interact through the board. Not from the box: The playing discs are white on one side and colored on the other side. The object of the game is to form BOTH three in a row white side out and three in a row colored side out. You may place discs so that they repel your opponent's piece off the board or in such a way that both his/her piece and your piece "attach" and become permanent. Each player also has two "Power Discs" which may not be repelled nor attached to.