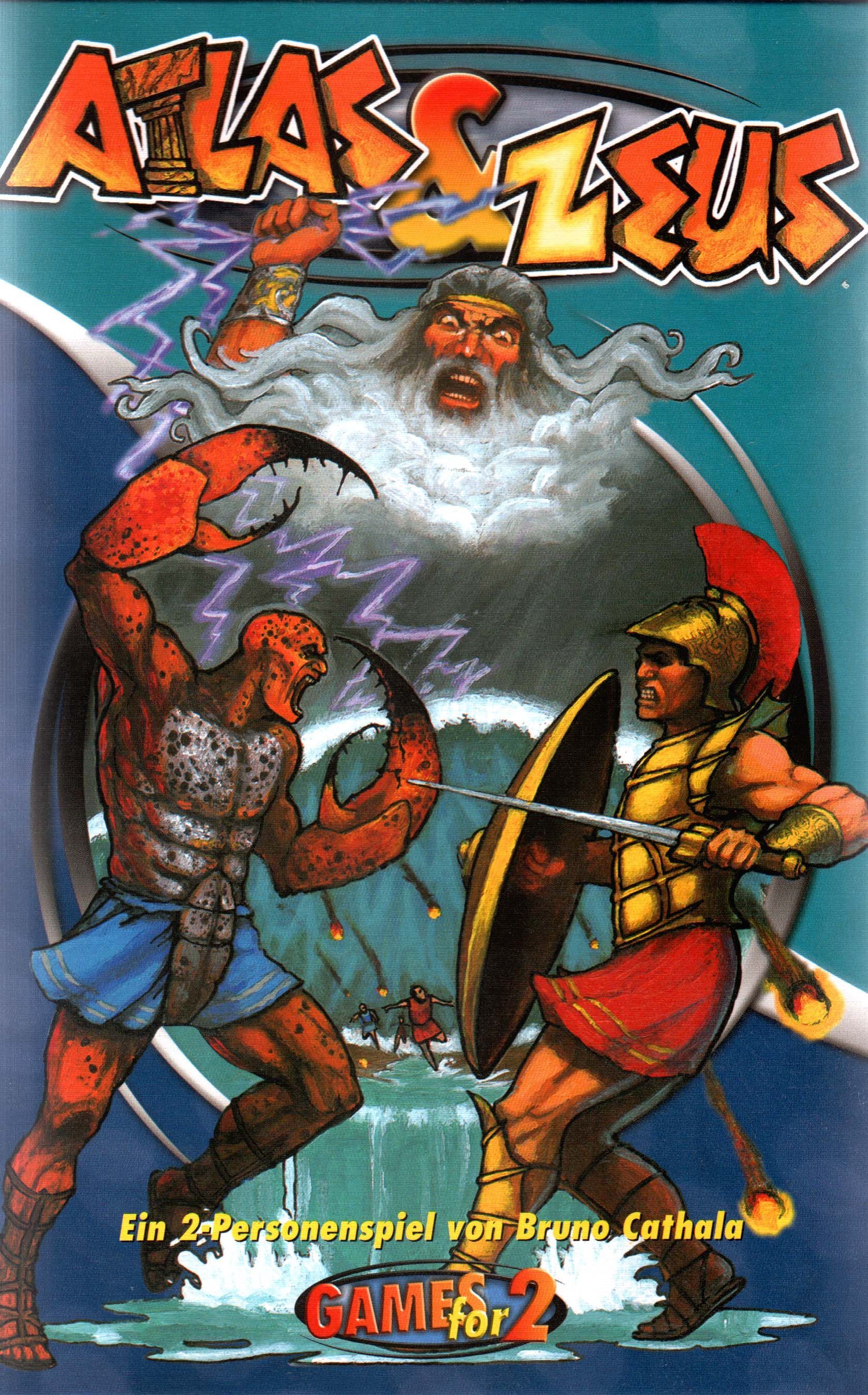 From www.thecompleatstrategist.com Atlantis… As Plato first attested to in Critias, Atlantis was entrusted to the Titan Atlas by the gods, long before the dawn of history. His sons created there a magnificent civilization, a civilization that, among other things, succeeded in developing a potent magic that allowed them to transform into marine animals. But the golden age would not last. When Atlas disappeared, his sons divided themselves into two clans and battled each other for the ultimate prize: sole rule over the kingdom of Atlantis and all of its riches. Zeus, the ruler of all gods, decided to intervene and punish the greedy clans. He sent them a mighty flood that, in the span of one day and one night, engulfed the entire archipelago! Zeus told the Atlas' sons that he would save only the clan that succeeded in escaping the raging elements for the longest possible time. Atlas & Zeus allows you to relive the final moments of Atlantis, the epic struggle of Atlas' sons for survival and Zeus' pardon. Which of the two of you will succeed in becoming the last of the Atlantians? CONTENTS: 16 Island Tiles 16 Character Tiles 2 Decks of 25 Cards 1 Action Order Track 8 Game Markers 1 Rule Book Part of the Eurogames Games for 2 Series.