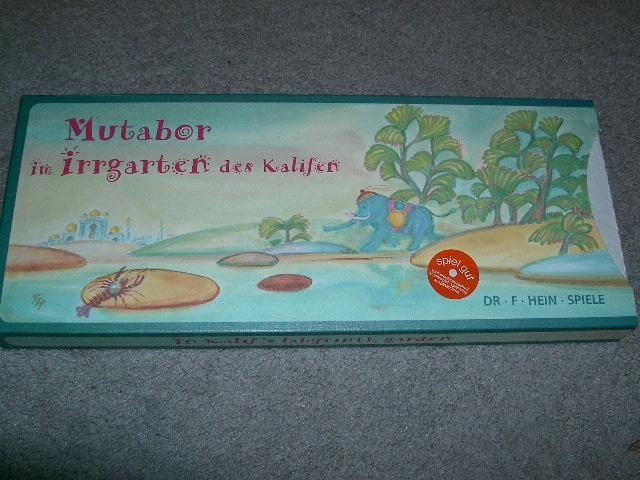 The 52 picture cards are mixed covered, stacked and laid out in the pictured sequence with the picture side facing up, the middle four cards remain covered. Each player selects a color and receives the corresponding large card with the move rules of the labyrinth garden. He places the four figures of his color on the four edge fields located nearest to him. How a piece moves further, depends on the picture on which it stands. Morning star: moves horizontally, vertically or diagonally one or several fields Tree: move like the king in chess Big Gate:only moves horizontally or vertically one or several fields. Elephant: moves only diagonally Lobster: Moves one field horizontally or vertically and finally moves further one field diagonally. Stork: like the Trees. Aim: move the opposite site first.