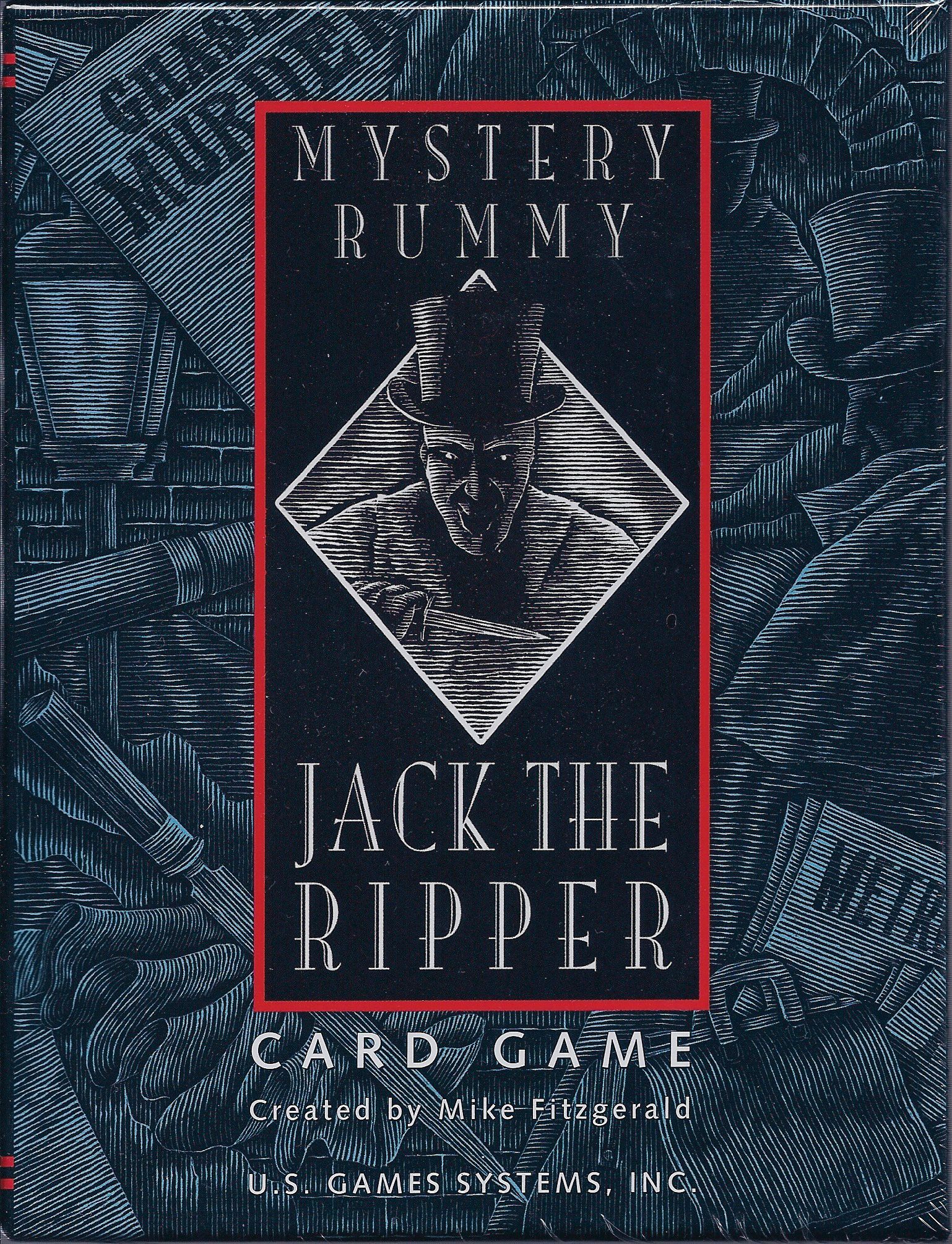 This game attaches an interesting theme to a fairly standard Rummy framework. Playing Victims, Suspects, Scenes, and Evidence-melds, players try to build a case against various suspects for the famous Jack the Ripper serial murders. Whichever suit has the most cards played in it when a player goes out is the guilty party, but if all the Victim cards come out before the end of the game, the Ripper might escape, giving the player who produced that card a significant point allowance. This is #1 in the Mystery Rummy series.