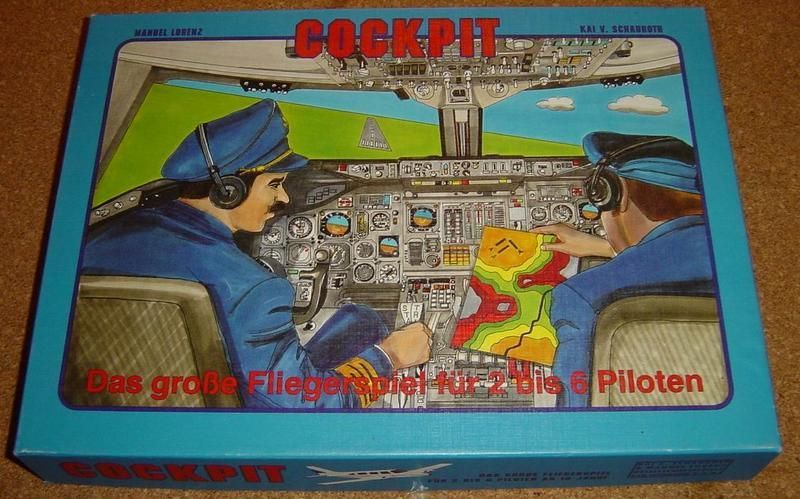 Cockpit is a card based air race game. The game includes a surprising amount of chrome. The players will have to deal with hazardous winds, including updrafts and down drafts, avoid storm clouds, navigate around mountainous terrain (laid out in a style reminiscent of an aeronautical chart), all in an effort to be the first to land at the airport. To land requires that you line-up on the proper end of the runway and be able to touch down at the correct spot by careful card play. There is a trading phase where players can freely trade the Course cards which are used to move the aircraft. In the end game phase, once aircraft are in the controlled airspace around the airport, the players also have the option to steal a card from another player. An interesting combination of elements with an attractive presentation.