Safari Round Up - Universal Statistics 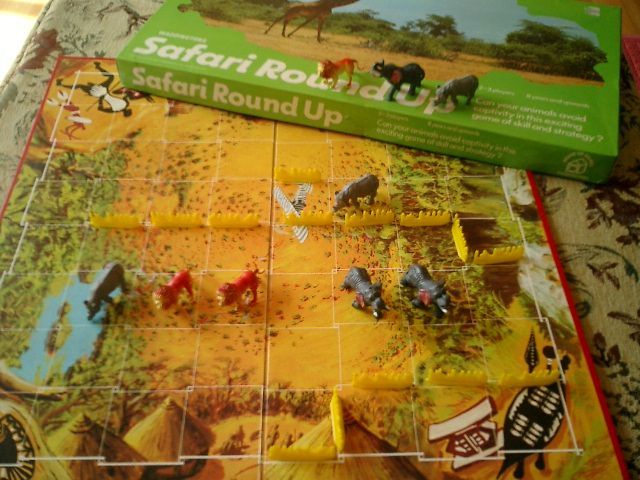 OBJECT To avoid having your animals taken into captivity. The winner of the game is the player who has the last animal or animals free. Players follow in turn, placing an animal and a fence. When all animals are entered on the board play continues in the same way except that a player now moves one of his animals as well as placing a fence. Once placed, fences can not be moved. Animals can not jump fences, but can jump each other providing there is a free space immediately after the last animal.