B-17: Queen of the Skies - Universal Statistics 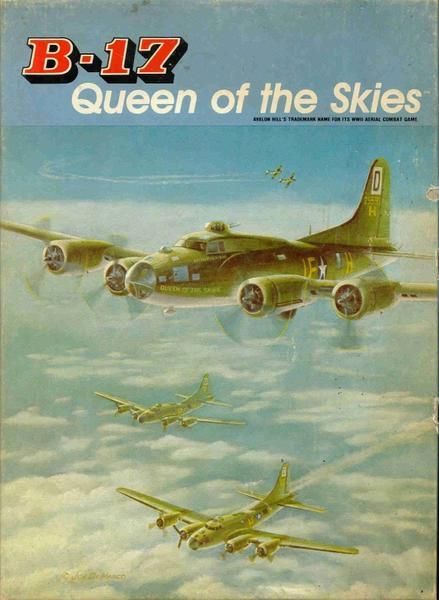 B-17: Queen of the Skies is a strategy game which re-creates the early bombing missions and aerial combat of the B-17 (F Model) bombers of the US Eighth Air Force over Europe between November 1942 and May 1943. Movement to targets is through zones. Die rolls and game tables determine appearance, type, and position of enemy fighters. Charts are used to determine if hits are made, where the damage is located, and how serious the damage is. Game tables and die rolls also determine everything from the bomber's target and formation position to weather, flak, and German fighter opposition as the B-17 makes its way over land and sea to its target. The game has a low complexity and typically, the playing time is generally less than one hour after your first few games. B-17 is designed to be primarily a solitaire game. The player controls a B-17F Flying Fortress bomber, trying to survive German fighter attacks and drop its load of bombs on the selected target, then return home safely. Optionally, a second player can control the German fighters (to some degree; their appearance is determined randomly, but successive attacks are under the control of the German player). If each player has their own copy of B-17, then they can fly their bomber while playing the same mission as part of the formation.