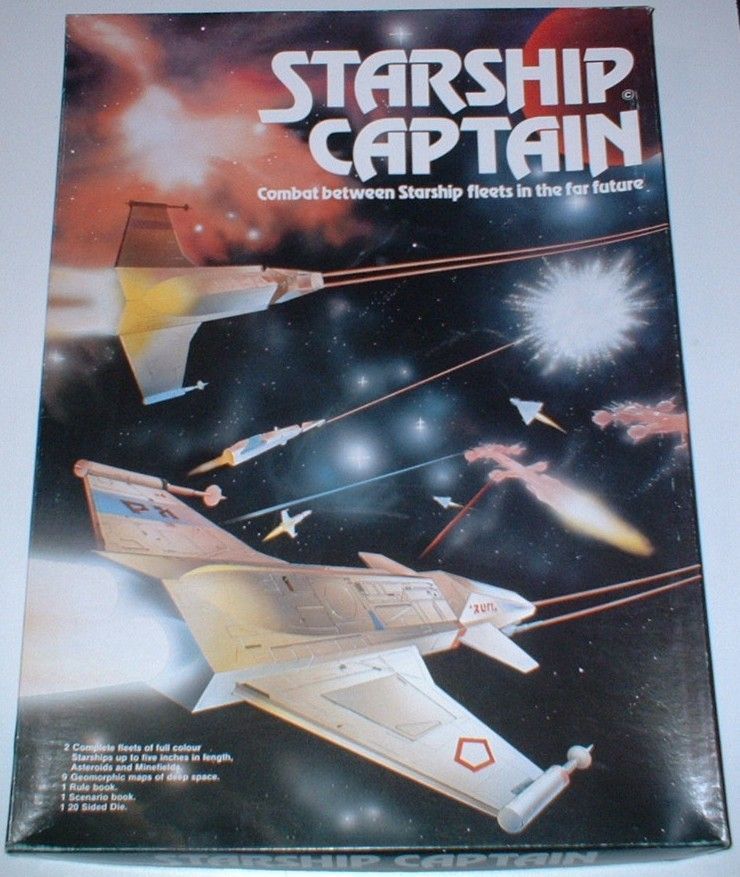 Starship Captain comes in an enormous zip lock bag with 9 good quality hex space maps measuring 20" x 15", 2 sets of cardstock ships (some 5" long) and rules and scenario booklets with one d20. After choosing the scenario to play each player takes the relevant ship cards, these show attack defense and damage charts. Damage is recorded on separate sheets. Playing the game is in turn sequence with faster ships moving first, in alternate player order and slowest ships moving last. Victory conditions set by the scenario may be different for each side with points being scored for destroying or damaging opposition ships. Overall the game is similar to Star Trek III (simplified) or Battlecars in space. Play is brisk and not overcomplicated even with large numbers of ships but mostly so big that it's never fiddly.