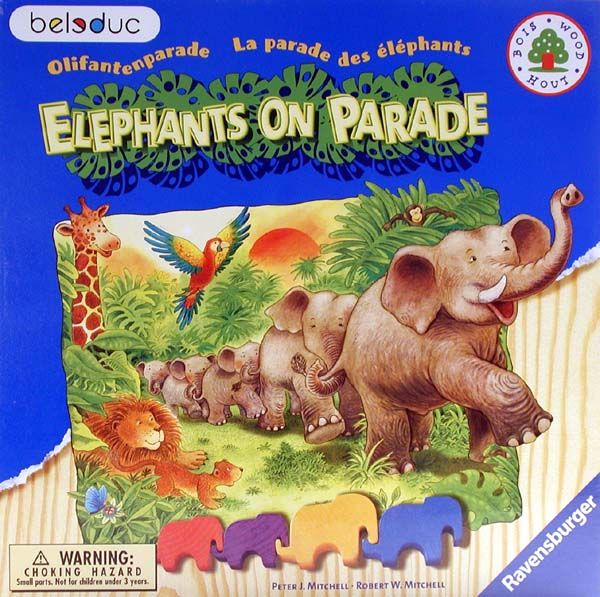 Four elephant families are ready for the great jungle Olympics. The colorful elephants need to line up behind one another to create their own parade route. Who can help them to create the most beautiful and most colorful parade in the shortest amount of time? From the Ravensburger website: Let´s have an elephant parade! There are several parade routes that need to be filled, and the colored spaces along the route will tell you exactly which little elephant needs to be next. You have to have two large and six small elephants in your parade. In order to add your elephants, pay close attention to the color that has been rolled on the die. If the color on the die matches the color for the elephant that has to be next in your parade line, then carefully connect the matching color elephant to the elephant in front of him. The first player to have all of their little elephants in the parade wins. What Do You Learn? Color recognition, dexterity. Ages 3-7.