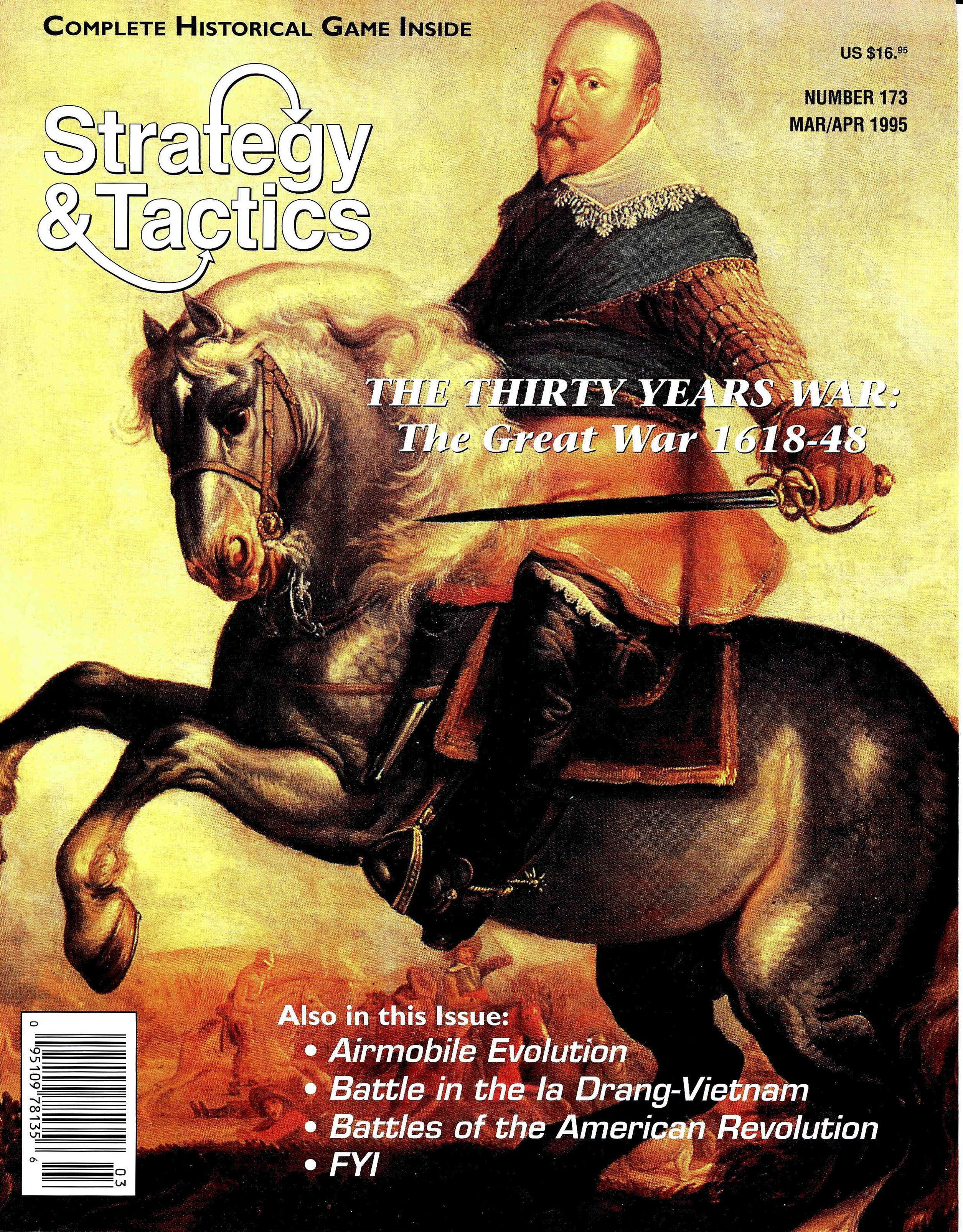 (from the rulebook:) 30 YEARS WAR is a game of the conflict fought from 1618 through 1648 in Europe. The game may be played by two, three or four individuals or groups, each representing one or more "Major Powers." The objective of each player is to gain dominance over Europe. ... Each game turn represents one year. Each area represents a historical region. Each leader represents an individual and supporting staff. Each strength point represents a brigade of about three Tercios, regiments, Ortas, etc. with a strength of 3-6000 soldiers (plus an indefinite number of camp followers).