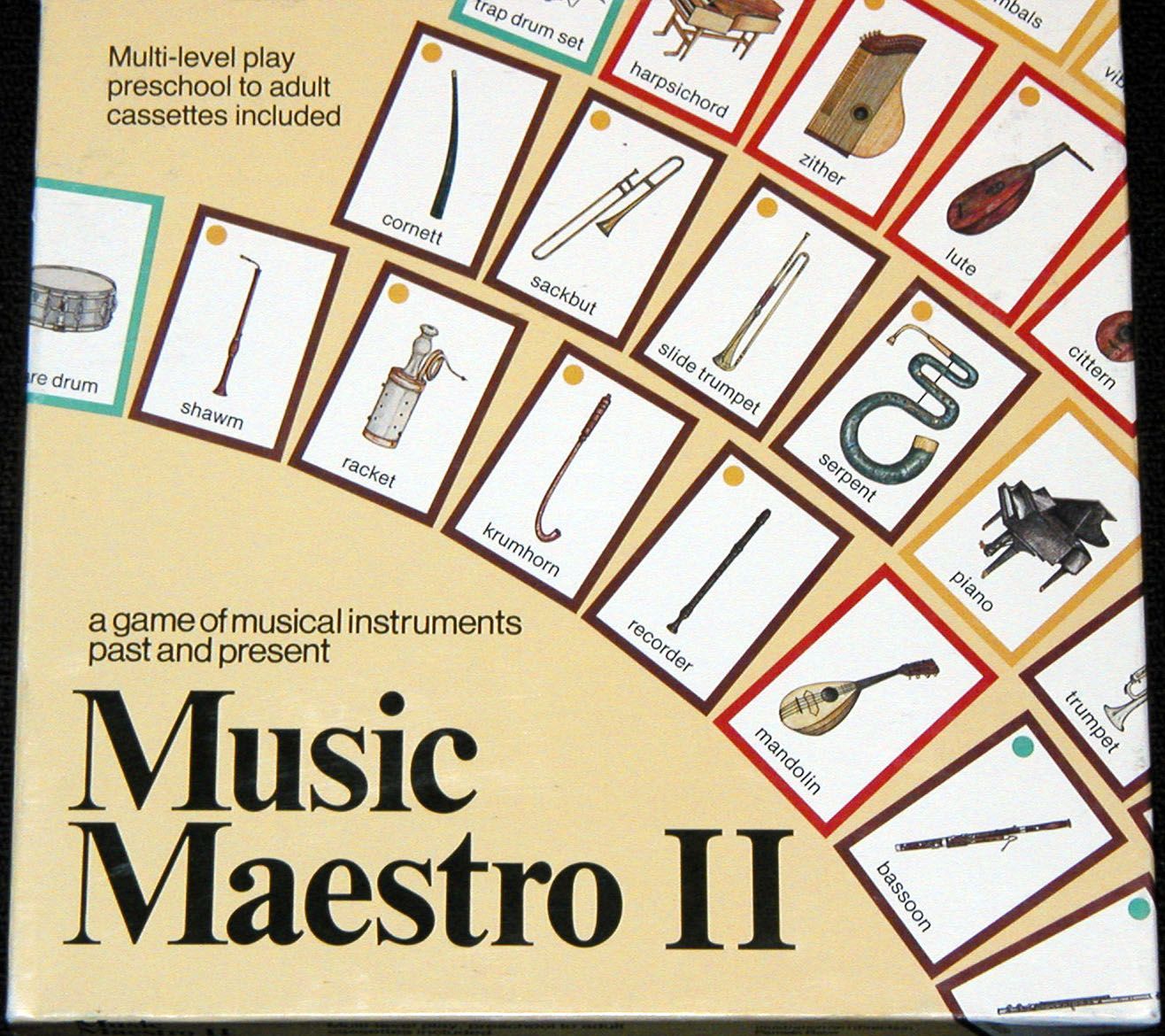 Music Maestro II is a diverse series of games that introduces players to musical instruments of the West. Forty-eight instruments, early and modern, are featured in five different games for players aged 4 and up. Game materials include: - Game Board with 48 color illustrations of instruments arranged in an orchestral setting - 48 Instrument Cards, one for each instrument box on the game board - 47 Conductor Cards, each describing an instrument - 13 Ensemble Cards, each giving the number and name of the ensemble group and the names and illustration of the instruments in the group - 2 Cassette Tapes introduce the sounds of the instruments and challenge players to recognize sounds in four different listening games The Games: Conductor Says - A lotto game for players aged 4 to 8. Players learn to recognize and name instruments. Ensemble - A rummy game to teach players 9 and up instrumental groups. Ensemble Agent - A lively combination of "Rummy 500" and "Go Fish" to further challenge two to four players 10 and up. Agent tries to "book" an instrumental group. Instru-mental - A quiz game for two to six experienced players 10 and up to learn descriptive information about instruments. Sound Off - Two tape cassettes present four games in which the sounds of the instruments are featured. Players are challenged to identify the instrument sounds in solo and ensemble presentations.