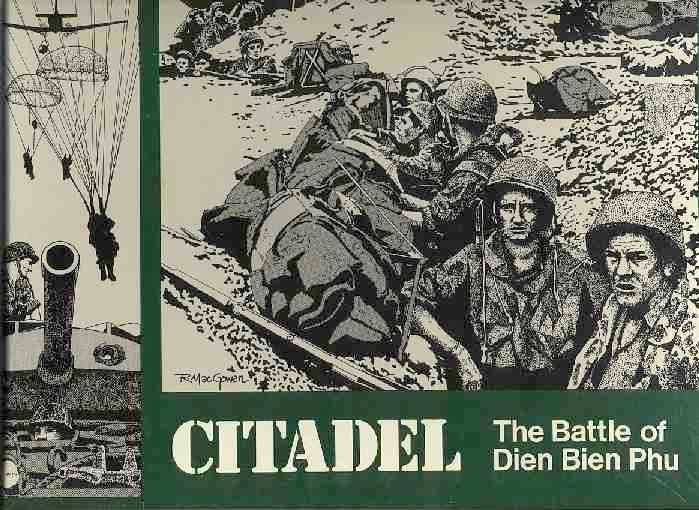 Citadel is a two-player game of the battle of Dien Bien Phu, March-May 1954. The French defeat at Dien Bien Phu, and the accompanying destruction of the best elements of the French Union Forces, marked an end of French colonial rule in Indochina. One player assumes the role of the French, the other the role of the Vietminh. The French must attempt to hold the valley fortress; the Vietminh must take it and in the process destroy the French. Citadel consists of the following components: Two sheets of die cut counters, 480 Two 22" x 28" map sheets with hexes superimposed One air chart (white) One turn record chart (blue) Two combat results/terrain effects charts (buff) One scenario information chart (blue) Rules booklet (with unit ID chart on back cover) (Six-sided die is needed, not included) GDW Stock No. 811