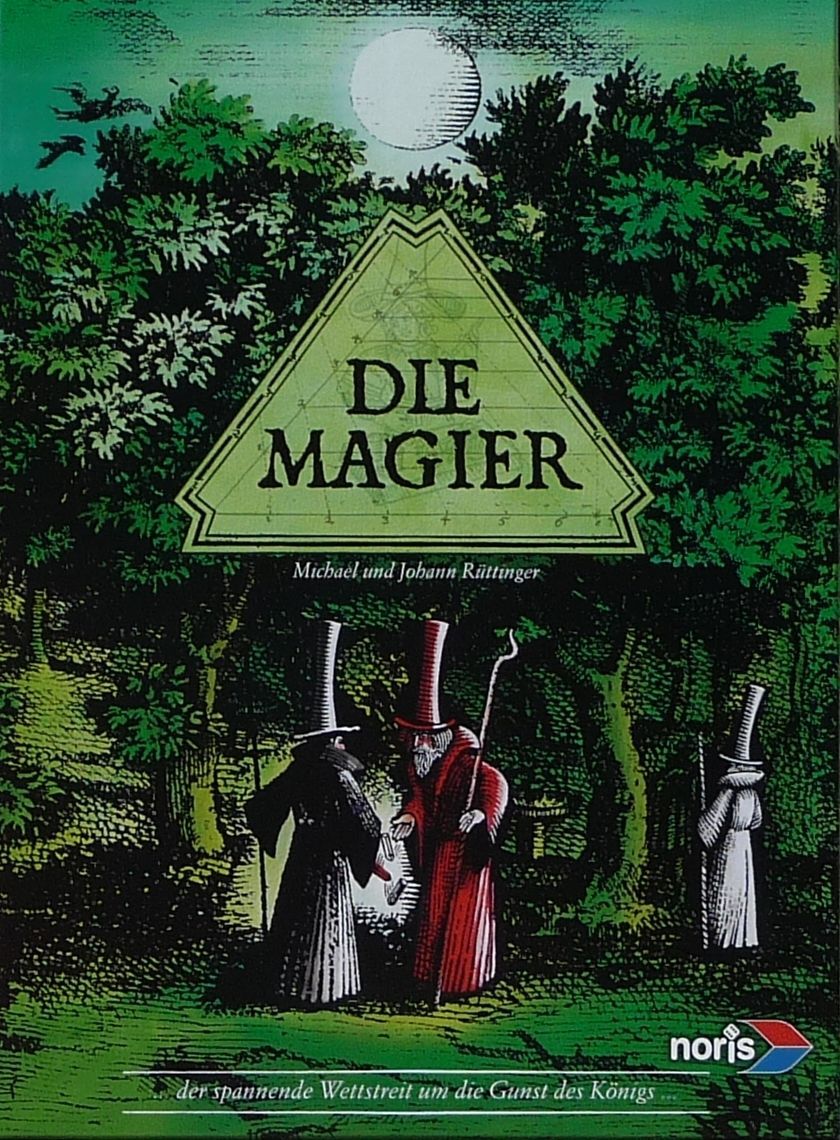 Die Drei Magier is a roll-and-move game for three players 10 years and up. The players move their magician and apprentice tokens on the game board, and try to pick up 7 different tarot cards from the 7 locations depicted on the board. To pick up a card, a player has to either move his/her apprentice and magician onto the same location (if the location still has a card left), or duel with another player, if the two players' magicians end up on the same location. Die Drei Magier is the first game in Noris' Fantasy trilogy, with Das Blaue Amulett and Der Feuersalamander being the second and third.