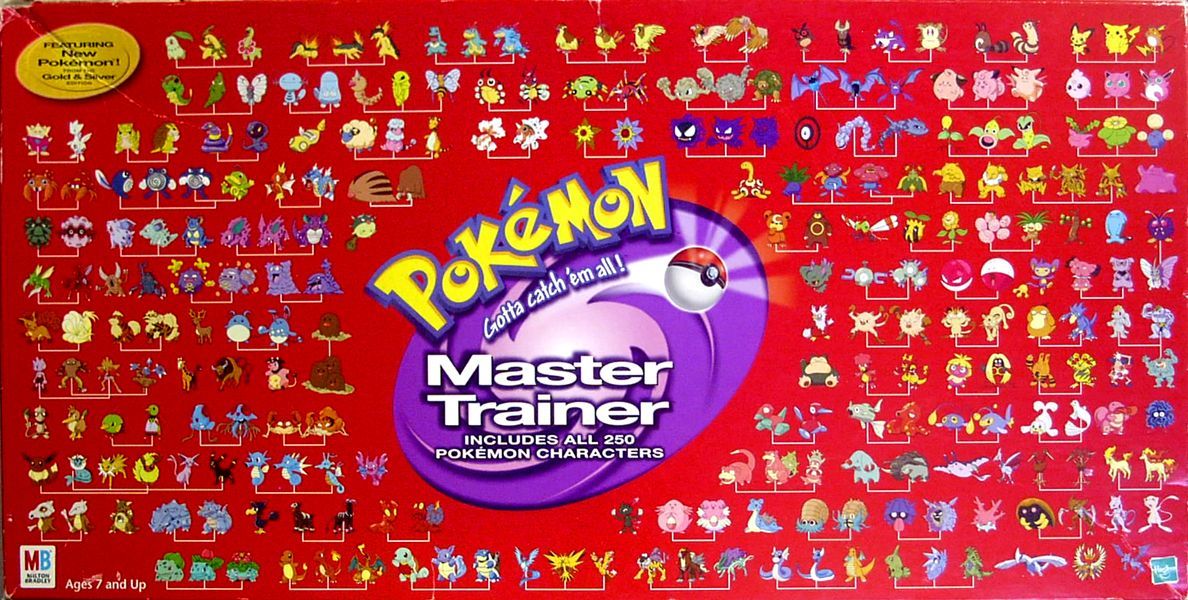 A sequel to Pokemon Master Trainer(even though this game has the exact same title), players roll dice and move their Ash pawns around the Johto Island board collecting, trading and battling Pokemon chips. Each battle won makes a Pokemon stronger. Collecting Pokemon of the same evolution set allows the player to combine their attack scores. Item cards also boost players' odds of winning battles. When all the gym bosses on the board are beaten, players total their Pokemon power and badge points to decide the winner. For 2 to 6 players Ages 7 and up