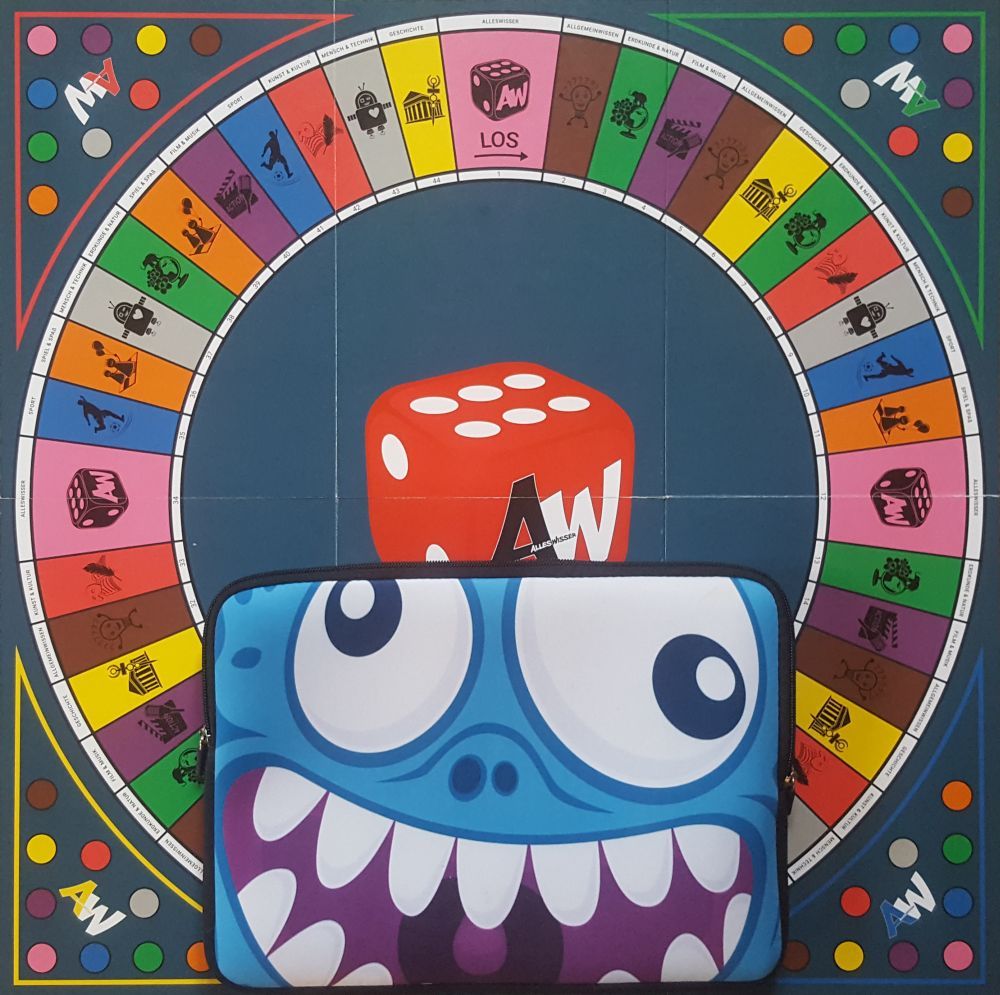 Alleswisser is a trivia game, with the goal to win knowledge cups in 9 categories or to be the first to circle the board three times. The special feature here is that, by using an app via tablet or smartphone, questions and tasks adapt to the age and level of knowledge of the respective player. So it is a rare trivia game that can be played with adults and kids. The board consists of a circular track with spaces in nine different colors, corresponding to different question categories. Players roll their two dices and choose one of them to move around the track. When a player stops on a color they get a multiple choice question (or sometimes a mini game) of the appropriate category, delivered via app. If the player answers a question correctly two times in a row, they get a knowledge cup of that color (assuming they don't already have it). If they already have this colors cup, a correct answer allows the player to roll again and move on around the board. If a player stops at a space with an opponents pawn that owns this spaces color, he will challenge him in head to head questions to get the knowledge cup from him. Once a player has assembled all 9 knowledge cups or moved around the board three times, he is the winner.